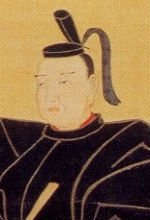 A feudal lord who built the base for the Hosokawa lineage that continues to this day.  He, like his father, is remembered as a famous intellectual of the time period.  Tadaoki Hosokawa married Akechi Mitsuhide`s daughter, Gracia, who he is said to have loved deeply. 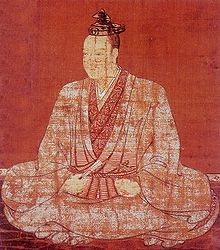 Akechi Mitsuhide is a Japanese historical figure most famously known for assassinating Oda Nobunaga.  However, in the Tango area where he used to rule, he is remembered as a good and capable leader.  Akechi Mitsuhide was highly educated and often mingled with other intellectuals hosting tea parties and poetry gatherings in between battles.  His head is said to be buried at Seirinji Temple located in the Kamimiyazu area of Miyazu.

Akechi Mitsuhide`s ally and Tadaoki Hosokawa`s father.  He refused Akechi Mitsuhide`s offer to join the plot against Oda Nobunaga to protect his family.  Yusai possessed great knowledge about the arts and is renowned as a famous intellectual of the time period. 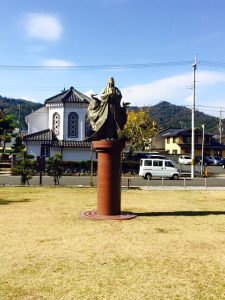 One of the few women of the Warring States Period to leave their name in history, Gracia Hosokawa (Birth Name, Tama) was Akechi Mitsuhide`s daughter.  At age 16, she married Tadaoki Hosokawa.  Gracia later converted to Christianity as a source of salvation from the many troubles that plagued her as a result of her father`s actions.  At her baptism she was given the name “Gracia”.  She committed suicide with the assistance of her vassal to avoid being taking hostage at the battle of Sekigahara. 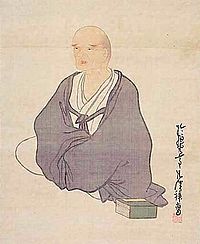 A famous Japanese poet and artist who is said to have spent a period of time at Kenshoji Temple located in the Kanayadani area of Miyazu.