An Introduction to the “Kyoto by the Sea” Area 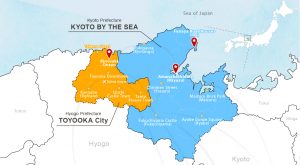 Kyoto by the Sea is an area deeply embroidered by the unique culture of Japan as well as being the site of many Japanese myths.  In each of the seven cities and towns in the region, the source of Japanese culture can be sensed in the cultural heritage sites and the way of life of the citizens reveres nature.  According to legend, the Kyoto by the Sea area is also the birthplace of the goddess Toyouke Ookami one of the main Shinto goddesses who is known as the goddess of farms, harvest, and food. 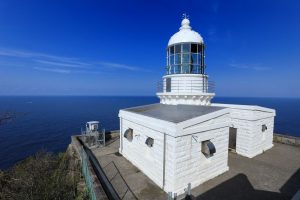 Kyotango is the proud location of the magnificent Sanin Seaside landscape which is a certified UNESCO World Geo-park.  The area is also known for its abundant natural hot spring resources and specialty dishes such as Taiza Crab (snow crab caught in the Taiza port on the Tango peninsula) and Tango Barazushi (Sushi rice spread on the bottom of a shallow wooden box called matsubuta and topped with sweetened minced mackerel, thinly sliced egg, red pickled ginger, kamaboko or boiled fish paste, and shiitake mushrooms). 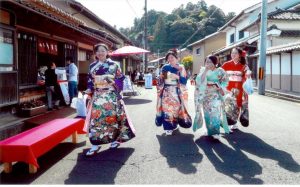 Yosano is famous for its prosperous textile industry represented by its Chirimen Silk Road, which is designated as one of the Nation’s Preservation District for Groups of Historic Buildings.  Yosano is also well known for its beautiful camellias and other natural scenery in each of the four seasons. 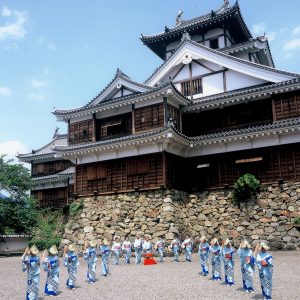 Fukuchiyama is a castle town built by Akechi Mitsuhide (a feudal lord during the Warring States Period who is famous for killing Oda Nobunaga) who ruled over the Tanba area under Oda Nobunaga (a feudal leader of Japan during the Warring States Period).  It is also home to the Motoise Sansha, a large shrine comprised of three smaller shrines claiming to be the original Ise Shrine (There is a legend that the sun god Amaterasu traveled around Japan searching for the proper place to build Ise Shrine before deciding to build it at its current location in Mie Prefecture.  Motoise Sansha is claimed to be one of the locations the sun god visited before making a decision). Fukuchiyama has also recently become famous for its cakes and other sweets. 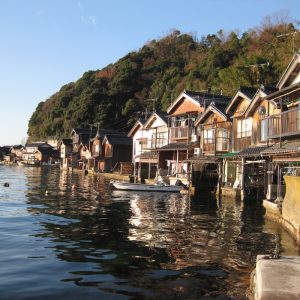 A fishing port town on the eastern side of the Tango Peninsula. The unique architecture of the boat garage houses (houses built along the bay whose ground floor is a boat garage) that line the shore of Ine Bay take visitors on a trip back in time.  The entire village seems to reminisce ancient Japan. 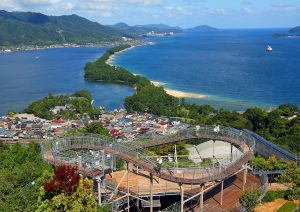 Amanohashidate or “The Bridge to Heaven” is one of the three most scenic spots in Japan.  The area is also an ancient holy land being the location of Motoise Kono Shrine where the gods Amaterasu Ookami (enshrined at Ise Jingu Shrine in Mie Prefecture) and Toyouke Ookami were worshipped. 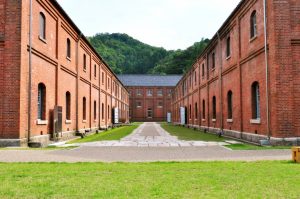 Maizuru is a port town that previously prospered as a military capital.  The group of red brick warehouses are reminiscent of the town`s navy influence.  Maizuru port functioned as a returning port for repatriates during the war and is famous as the place where many mothers eagerly awaited their sons return from overseas. 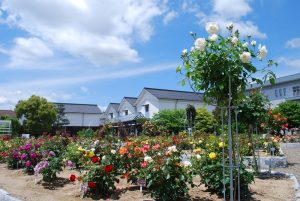 Ayabe is a town that developed through the silk industry.  The Gunze (a famous textile manufacturer) Museum is a famous tourist spot.  Traditional industries such as the kurotani washi hand-made Japanese paper industry and houses and restaurants run out of old traditional-style homes are also popular.