The Many Legends of Amanohashidate 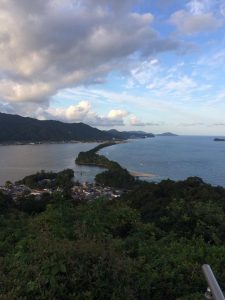 A legend stating that the Monju Bosatsu (Bodhisattva of Wisdom), the wisest of the Buddhist deities, was called upon to civilize an evil dragon that was sabotaging the area.  This legend is reenacted in the Monjudo Defune Festival held at Chionji Temple every year in July.

There is also another legend stating that a celestial maiden came down to earth and made sake using water from the river that flows out of Manai Shrine.

4.Chie no Wa Lantern (The Circle of Wisdom) 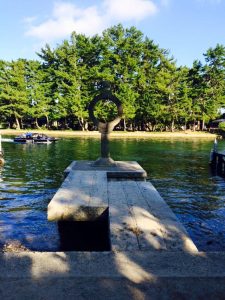 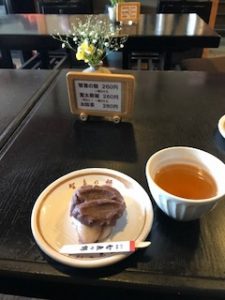 It is said that one can receive the wisdom of the Monju Bosatsu (Bodhisattva of Wisdom) if he or she passes through the Circle of Wisdom three times.  Since it is dangerous to actually climb through the hole of the lantern, many people put just their heads through the hole or walk around the lantern three times.  Eating Chie no mochi rice cake and soaking in the Chie no yu onsen (hot spring) in front of Amanohashidate Station are also said to bring people wisdom.

The starting point of the Urashimataro Legend 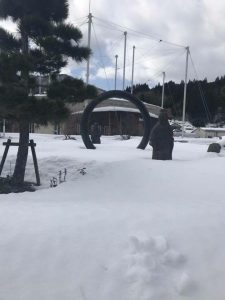 Urashimataro is an old Japan`s story about a man who is taken to and permitted to stay in an underwater world in exchange for helping a sea turtle.  When Urashimataro returns to his home, hundreds of years have passed in his world even though he was only in the underwater world for a short time.  His home, family, and friends are all gone.  He finds a box called tamatebako that transforms him into an old man after he opens it.