Halfway up Mt. Nariai, overlooking Amanohashidate is Nariaiji Temple, the 28th checkpoint along the east Japan pilgrimage route. Nariai Temple is known as the place where wishes come true, according to the Kannon`s words.
The deity worshipped here is the Aryavalokitesvara Bodhisattva which is represented by the Kannon in the form of a beautiful woman. It is said those who come to the temple are granted a beautiful body and spirit.
Nariaiji Temple’s gardens are regarded as some of the most beautiful in the area. In the Spring, cherry blossoms and rhododendrons bloom, and in the Autumn, the Japanese maples set the grounds alight in a blaze of red.

The Kannon of Sacrifice
Long ago a monk lived a solitary existence in a thatched hut, secluded in the pursuit for knowledge. This hut, on the side of Mt. Nariai, bore the brunt of the freezing winter rains. Meanwhile, the people of a nearby village who had lost their houses, ran out of provisions and were on the brink of starvation.
The monk feeling powerless to stop his own impending death, prayed to the deity to bless each and every meal of the day.
In his state of starvation he was delirious. Uncertain what was a dream and what was reality, he saw a deer which had been wounded by a wolf fall outside his hut. He fought with himself whether he should break his vows and partake of the meat to save himself, and in the end he determined he wasn’t taking a life so he cut a chunk of meat off the thigh of the deer, boiled it in his cooking pot and ate it.
Before long, the snows receded and the villagers trekked up to the monk’s hut. They entered the main hall and noticed that a chunk of wood had been taken out of the thigh of the wooden statue of the deity which stood at the fore of the hall, and in the monk’s cooking pot wood shavings remained.
The monk believed that Kannon changed shape and sacrificed his thigh to save the monk. So he emptied out the wood shavings and packed them into the cavity left in the statues thigh and returned it back to normal. 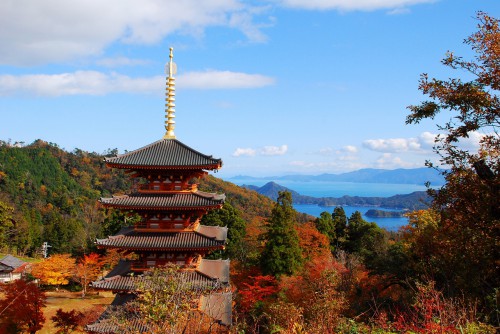 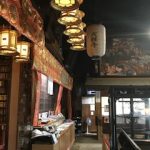 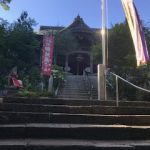