Motoise Kono Shrine is an old shrine that has a strong affinity with the famous Ise Shine in Mie Pref. It is said that the goddess of agriculture, Toyouke-Ōmikami, who once resided in this area was called to Ise Shrine by the sun goddess, Amaterasu-Ōmikami, and has since been enshrined at Ise Shrine.

Along the railing in front of the main shrine there are five colored suedama, a Shinto motif of which only two shrines in the country are permitted to use – Ise Shrine and Kono Shrine.

Within the shrine grounds there is a suikinkutsu, a Japanese garden ornament that produces a beautiful sound like a koto harp, as water drips into an underground cave. Its mysterious tones echo from underfoot and it is as relaxing as it is beautiful.

The legend of the floating bridge from heaven:

In ancient times the god Izanagi went to and from the heavens to see the goddess Izanami via the Bridge to the Heavens (Amanohashidate). Now this area is known as the land where men and women can be bound to one another like Izanagi and Izanami were. 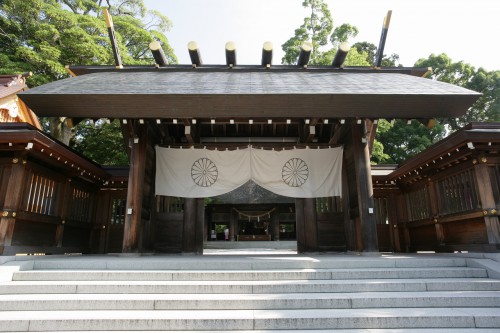 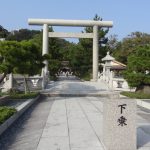