Although it is not known when the shrine was originally constructed, it is said to have been revived in the first year of the Bunmei Era (1469), repaired once in Meiou 4 (1495), and repaired again in Ganroku 14 (1701).  The rulers of the Miyazu Clan are also said to have attended the shrine`s monthly festivals.  The shrine is made up of several small buildings and mini- shrines.

There are two sets of Komainu at Sumiyoshi shrine.  the ones in the middle of the path leading up to the shrine were constructed in Meiji 42 (1909).  It is unknown when the other set of Komainu were made but it is estimated that they were made during the later half of the 18th century.  The second set is unusual since one of the Komainu holds a small stone ball in its mouth.

There is a second torii, or “shrine gate” across the street facing Kunda Bay. 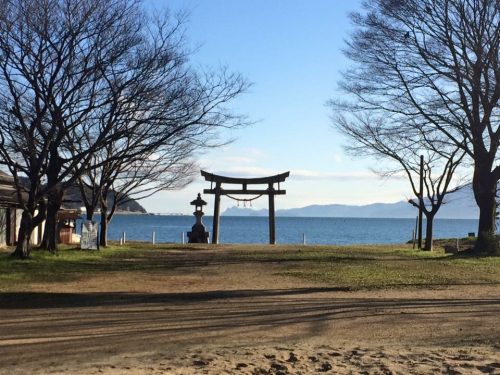 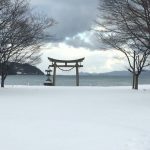 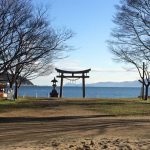 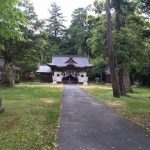 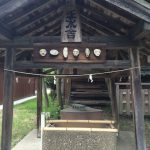 « Tai Yacht Harbor and Beach
All Spots
Yura Beach »
Back